October is American Pharmacists Month! In honor of all those who provide life-saving therapeutics to ensure the public health, we’re posting a 3-part series profiling heroes who made history with their enormous contributions to the pharmaceutical industry. In our final post, we celebrate Friedrich Sertürner (June 19, 1783 – February 20, 1841), a German pharmacist best known for his extraction of morphine from opium in 1805. 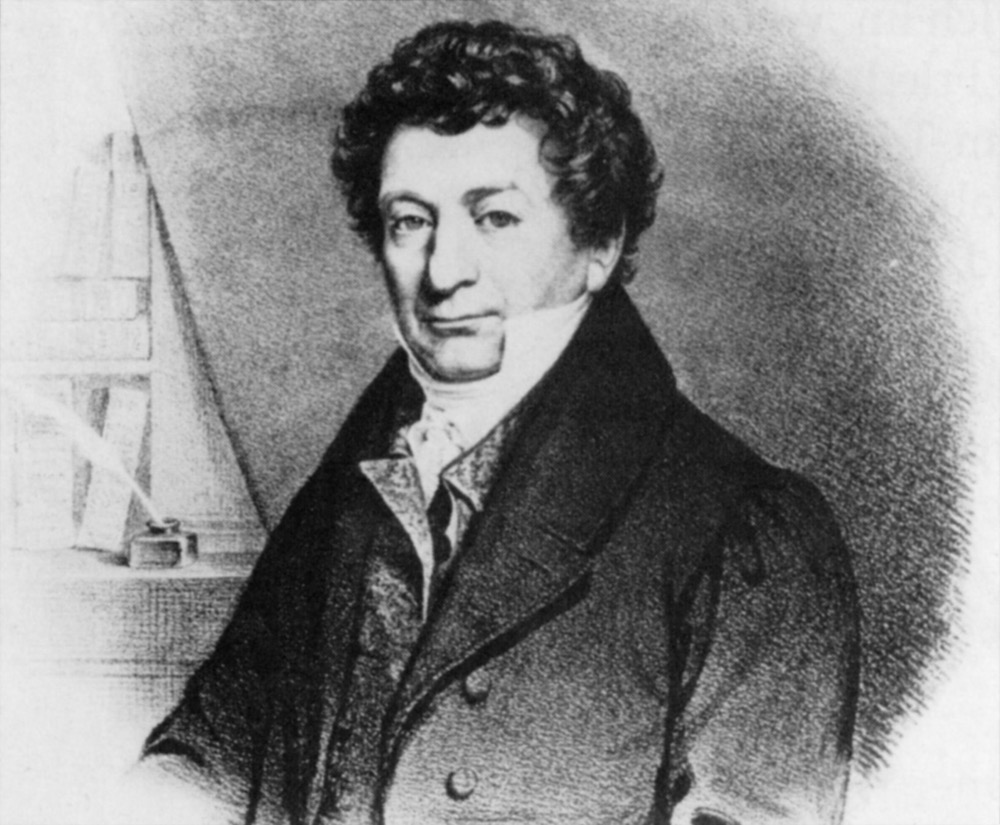 Of the active substances used in medicine at the turn of the 19th century, opium – a narcotic substance produced from the seed pods of the poppy plant – had already been an important medicinal and recreational drug for at least 7,000 years. The first mention of opium (Papaver somniferum) is recorded in Sumerian tablets of the third millennium BCE. Later, knowledge of its potent effects spread to ancient Syria, Babylon and Egypt, where an advanced medical culture developed opium as a painkiller.

In 1522, Theophrastus Paracelsus, a Swiss physician, created laudanum, a mixture of opium and alcohol, that was used through the 18th century to treat a wide variety of diseases. With new developments in chemistry introduced by Lavoisier in the late 1700s, many chemists began a series of attempts to isolate the active ingredients in other plants for use as medicines.

These herbal remedies consisted mainly of impure vegetable derivatives containing inert and pharmacologically active substances, but in unknown quantities and varying proportions so that dosage was impossible to calculate. It is within this scientific context that Serturner began his own experiments on extracting morphine from poppies. 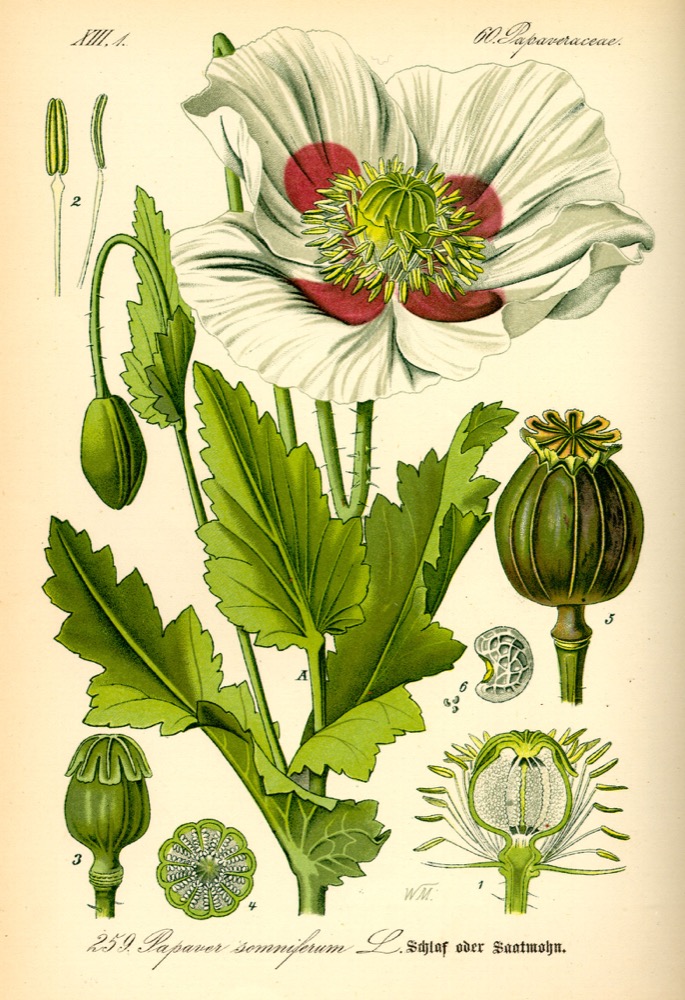 Serturner’s project was to isolate the substance in poppies demonstrating analgesic properties. Self-taught rather than university-educated, Sertuner accomplished his research with only meager knowledge of the relevant studies and with humble equipment. Though he lacked formal medical training, he logically hypothesized that there must be an active ingredient in the opium which, if extracted and purified, could be delivered in a safe, effective, and reliable dose.

While working as a pharmacist’s apprentice, Serturner spent his spare time conducting experiments on opium, such as dissolving it in acid and precipitating out various by-products. After several months of trial and error, he isolated what he believed to be the “soporific principle” or sleep-inducing active ingredient. He reported his discovery in letters to the editor of Germany’s most important journal of pharmacy in 1805, hoping to publish his findings.

Unfortunately, the medical community rejected his discovery as unscientific, because it contradicted current beliefs that all substances derived from plants must be acidic in nature. Serturner’s substance, on the contrary, was alkaloid. Little did Serturner realize it at the time, but he had unwittingly launched a brand-new branch of science now called “alkaloid chemistry.”

Disappointed and not little insulted, Serturner set aside his research for years until one evening when a bout of physical pain prompted him to pick up where he had left off. While suffering from a terrible toothache, he ingested a small quantity of his morphine salts, experienced tremendous relief, fell fast asleep, and awoke hours later to attest that this compound was, in fact, safe for human consumption.

To support his own self-experimentation, he conducted experiments on three friends to prove that the substance he had isolated was indeed the one which was responsible for the actions of opium. Eventually university researchers in France began to confirm his results, and Serturner was ultimately credited with being the discoverer of the new substance, which he named “morphium” after Morpheus, the ancient Greek god of dreams. 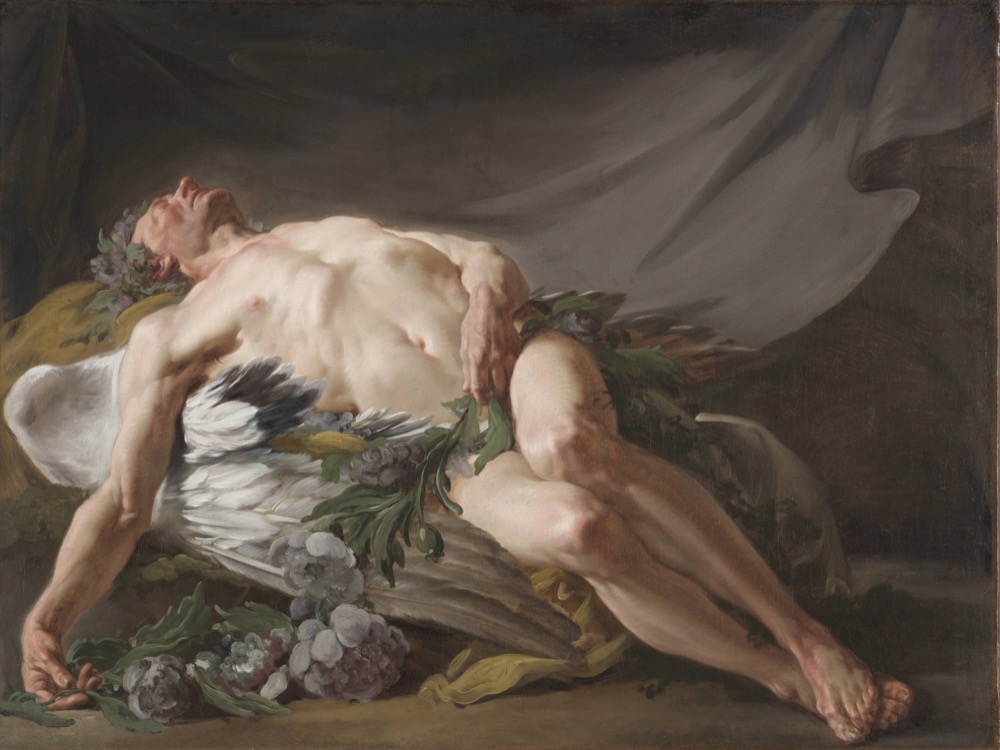 A painting of Morpheus by Jean-Bernard Restout, the greek god of dreams. Source: https://en.wikipedia.org/wiki/Morpheus

Based on his experiments with himself and his friends, Serturner noted that 30 mg of morphine induced a euphoric sensation, a second dose caused drowsiness, while a third dose brought on sleep. For use as an analgesic only, he suggested 15 mg. Now, physicians could prescribe morphine in regulated dosages for easing pain without the risks of overdose previously associated with raw poppy juice, the prior remedy that varied unpredictably in its concentration of morphine from one batch to the next.

For the next 50 years, the drug had to be administered orally until the invention of the hypodermic needle in 1843, which allowed instantaneous and more powerful effects. The final stages of morphine’s evolution occurred in 1925, when Sir Robert Robinson deduced the empirical formula of morphine, and in 1952, when Marshall D. Gates, Jr. synthesized the drug in a laboratory.

For a so-called amateur scientist, Frederick Serturner had a far-reaching influence on both pharmacology and chemistry. His discovery of morphine, of course, is most important to the well-being of the general public in their management of pain, but its story also served as an inspiration for further scientific developments.

In the world of chemistry, Serturner’s achievement was multiple: he was the first to isolate the active ingredient associated with a medicinal plant and the first to isolate an alkaloid from any plant, thus disproving the prevailing notion that all plant substances were acidic in nature and launching the new science of alkaloid chemistry.

Serturner’s initiative stimulated other chemists to isolate other important alkaloids, such as codeine, quinine, strychnine, and caffeine. In 1818, “morphium” was renamed “morphine” when the term “alkaloid” was coined by W. Meissner, who systematically applied the suffix -ine to all members of the group.

Friedrich Sertürner accomplished all of these remarkable achievements starting at age 16 as a pharmacist’s apprentice. He is an inspiration to all pharmacists everywhere who dream of evensong the field into new territory.

Topics: Pharmacy Safety
The Grocery Sector Steps Up to Sustainability Preventing Foodborne Illness Through Recalls
Other Suggested Posts
Harnessing Automation to Mitigate the COVID-19 impact
COVID-19 has been devastating, and it appears to be far from over. As a pandemic, it’s likely one of the most adverse events of our lifetime. Around the globe, ...
Read More
Shipping Vaccines without a Cold Chain?
A challenge that has faced the immunizations market has been not only the availability of vaccines, but transporting them to middle and lower-income nations. ...
Read More
The Nation’s Pharmacies Answer the Call to Roll Out COVID-19 Testing
In the weeks following the first known cases of COVID-19 infection in the U.S., the federal government, including the Centers for Disease Control and ...
Read More
Carefully Moving the Cold Chain: Best Practices With Managing Refrigerated Cargo
Refrigerated and temperature-controlled cargo is becoming more popular as more commodities require specific climate conditions for transport. More and more ...
Read More
Monitoring Perishables and Medications During a Power Outage
California has experienced unusual weather throughout its 169 year history, but more recently the most populous U.S. state has seen widespread droughts and ...
Read More