An Ode to Containerization: How the Shipping Container has Shaped International Trade

For some time now, imports to the United States have far exceeded exports. Containerization has contributed to this imbalance. In fact, shipping goods via containers has radically changed the face of global transportation. The shipping container is an interchangeable unit that can accommodate all shapes and sizes of cargo. Planners can track it and change modes of transportation according to the demands of shippers. But this remarkable state of transport wasn’t developed overnight. The use of shipping containers and containerization are among the greatest achievements in transportation in the last century.

Where Did It All Begin?

The modern-day container dates back to around April 1956, when an American trucking entrepreneur, Malcolm McLean, put 58 trailer vans (later to become containers) aboard an aged and refitted tanker ship. The ship sailed from Newark, New Jersey to Houston, Texas. McLean initially favored the construction of these trailer ships, as they were called, by taking trailers from large trucks and stowing them in a ship's cargo hold.

McLean created the idea of using large containers that never open in transit and are transferable on an intermodal basis. A container could go from a ship to a truck to a rail car, as required, and ultimately arrive at its intended destination. They can be transported along with other cargo and managed and tracked in real time. Once the cargo is offloaded, the container may be reused.

In fact, prior to McLean’s idea, most cargo was not shipped as one unit, but as loose bulk, or "break bulk." McLean experimentally replaced this method of stowage with the trailer ship and roll-on, roll-off trucks with trailers. However, there were problems as the stowage was not easy to manage. Stevedores and transport loaders weren’t used to moving truck trailers, but rather sacks of coffee, fertilizer, and liquid cargo as break bulk. Additionally, the bulky truck trailers didn't stow very well, and it resulted in a large waste of space in the cargo area.

McLean, in response, modified his method to move the container only and not the truck chassis. This was how the “container ship” got its name. While this happened in the late 1950s, we can look back and see how much progress has been made as we rely heavily on imports, as well as exports, to meet our strong appetite for so many goods. Containerization has given global trade a new dimension, a new importance, and a new wellbeing to our world.

A Basic Unit of International Trade

Containers remain the basic unit of international trade, and for good reason. They can be interchanged between various modes of transport. They can be carefully monitored, since their whereabouts can be tracked and traced in real time. Containers can also be secured to protect the cargo from pilferage, weather, and other harsh conditions.

This past year or so is testament to the success of not only containerization but globalization. Imports have maintained a healthy level. Goods shipped from China accounted for about 46% of all container imports to the United States. Then the Trump administration announced tariffs of 25% on Chinese goods. At the port of Long Beach, California, container imports rose about 2.3% over the previous year for a total of about 770,000-ton equivalent units. Containerization is helping create a healthy transportation market.

One segment within containerization is the transport of refrigerated cargo aboard refrigerated containers known as reefers. Refrigerated containers keep food fresh, typically more than a month. Through reefer monitoring and measuring, distributors can safely send everything from shellfish, pharmaceuticals, and medicines to anywhere in the world and maintain the cargo quality within the container. Measurements such as temperature and humidity within the container are available to supply chain managers from any platform on which they monitor such parameters. 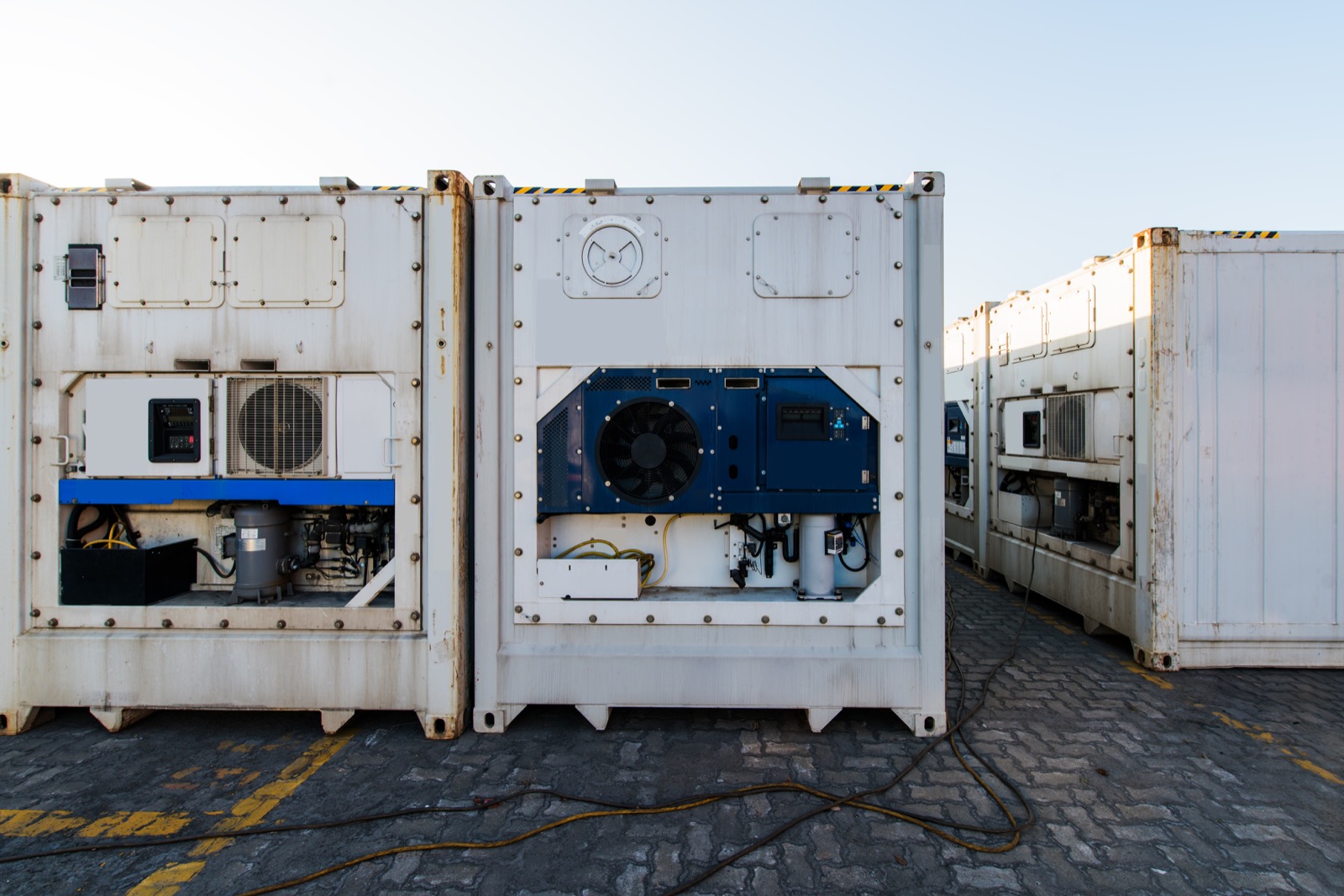 A reefer, or refrigerated container, can keep perishables fresh for long periods of time.

Containerization benefits dry cargo, refrigerated cargo, rolling cargo, and many other types of cargo. McLean’s innovation in the ‘50s has been remarkable and disruptive. It has provided a way to transport cargo all over the world more efficiently, quickly, and safely. His impact was known to many; his obituary in the New York Times concludes with “President Ronald Reagan celebrated Mr. McLean in 1984 for his vision and 'spirit of determined optimism.”

In 2013, The Economist published an article about the amazing capability of the shipping container, and they perhaps summarized it best:

“The humble shipping container is a powerful antidote to economic pessimism and fears of slowing innovation. Although only a simple metal box, it has transformed global trade. In fact, new research suggests that the container has been more of a driver of globalization than all trade agreements in the past 50 years taken together.”

Who can argue with that statement?

Topics: Supply Chain
Distribution Methods for Pharmaceuticals, Pt. 1: Overview of the Cold Chain Insect Pest Management: A Core Component of Your FSMS
Other Suggested Posts
New OSHA Heat Standards Require Indoor Temperature and Humidity Monitoring
While the nation transitions into months of cooler weather we only need to look back to the previous summer to acknowledge that our world continues to get much ...
Read More
The Post-Pandemic Market: Digital Transformation at the Tipping Point
The COVID-19 crisis has radically altered the largest global retail category, food and beverage, and the post-pandemic market may very well prove to be the ...
Read More
The Post-Pandemic Market: A Commitment to Sustainability
This post is the second in our series about how grocers are dealing with the legacy of COVID-19 in a post-pandemic market. In this post, we look at the issue ...
Read More
The Post-Pandemic Market: How Retail Grocery is Adapting
This post is the first in a series of three that look at how the grocery sector is dealing with the legacy of COVID-19 in a post-pandemic market. In this first ...
Read More
Protecting the COVID-19 Vaccine Supply Nationwide
As the U.S. enters the second year of the COVID-19 pandemic, the great news is that vaccination programs are now in Phase 2 in most states across the country. ...
Read More