Autonomous Trucking and the Importance of Fleet Management

Autonomous vehicles, commonly referred to as “self-driving cars,” were previously science-fiction, but in recent years have proved to be a viable technology that will undoubtedly change the way we think about driving. While most of the hype has been tied to consumer applications, such as ride-sharing services and personal vehicles being completely or at least partially outfitted with autonomous features, one of the first industries likely to be significantly impacted is trucking and logistics.

A Possible Evolution of Autonomous Driving in Logistics

Despite major advances with artificial intelligence (AI) technology in recent years, it will be some time before we start to see driverless trucks. Fully autonomous vehicles that require no human interaction is more than a decade away, but that doesn’t mean we won’t start to see major changes in how vehicles operate.

Artificial intelligence, the backbone of how an autonomous truck will function, will help to improve on specific tasks with driving before it is implemented in a way that would satisfy the the idea of a fully autonomous vehicle. It is more realistic to understand how AI will assist simple jobs, instead of trying to understand jobs that will be replaced. For example, AI has been adopted widely for parallel parking, a task that may be difficult for some but relatively straight-forward for AI.

The impact on logistics will likely occur in stages, and with varying levels of implementations within each. Some areas of logistics have already started to see driverless vehicles, while others are just getting a taste of what an autonomous future looks like.

One of the biggest reasons for interest in wide-adoption of autonomous vehicles is the promise of safer roads, the idea being that computers are more capable of avoiding collisions. However, wide-adoption will not occur until we are confident that self-driving vehicles are indeed safer. This is a catch-22 situation, as we cannot confirm safety without testing vehicles in real-world scenarios. As autonomous vehicles enter roadways in higher numbers, safety will be a significant point of scrutiny due to the unpredictable nature of the public.

For this reason, warehousing and port operations are ideal for autonomous functionality. Both are generally closed off to the public, which provides a more forgiving testing ground for autonomous vehicles. Warehouses have fairly static layouts compared to highways and public streets, reducing the complexity requirements of AI. Autonomous vehicles and robots have been used in warehouses for years, but many have required some investment in infrastructure that help guide these machines. This is a start, but far from the concept of a fully autonomous vehicle. 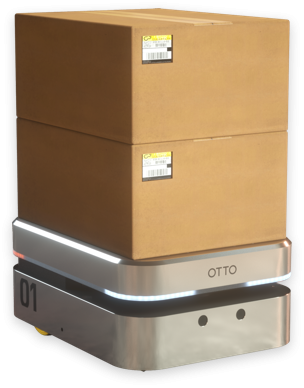 Line haul, the transport of heavy loads of freight for long distances or between cities, can benefit greatly from autonomous vehicles. Most of this driving is monotonous, and does not require significant cognitive ability to drive the long stretches of highway. As stated earlier, we are likely to see AI start with mastering simple tasks. In this case, autonomous technology can help assist drivers in staying in their lane and keeping a safe distance behind other cars on the road.

Driverless vehicles assisting with line haul driving has become a reality, as some companies are already experimenting with partially autonomous driving. The driver is still in control, but depending on the implementation of AI, will be partially or fully responsible for turning, merging, and other more complex tasks. 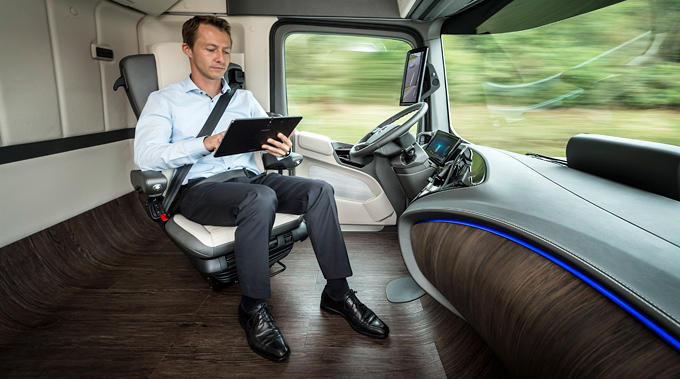 The Mercedes-Benz Future Truck 2025 provides a taste of developments in commercial vehicle technology in the near future (source: https://www.mercedes-benz.com/)

Last-mile delivery, the movement of goods from a transportation hub to the final delivery destination, such as a personal residence, is one of the costliest links in the delivery chain. With the rise of e-commerce, consumers are increasingly expecting to receive packages in a timely manner. This presents a huge opportunity for autonomous vehicles, but will require further advancements in AI technology. In addition to autonomous trucks or cars being developed for use in last-mile delivery, start-ups and big-businesses alike are exploring the use of drones to deliver packages to their final destination. Automating the final stretch of a delivery would save considerable time and effort, but requires far more innovation in autonomous technology.

The Importance of Fleet Management in an Autonomous Future

As driverless vehicles become more commonplace, fleet management solutions will be paramount in effectively orchestrating route and delivery schedules. Despite the promised capabilities of autonomous vehicles, humans will need to control the organization of fleet assets. AI can help with optimizing schedules, but humans will ultimately need to ensure that assets are being routed properly.

We are far from it, but one day truck fleets may not contain any human drivers, and be solely dependent on autonomous technology. This future will not become a reality without the ability to monitor and manage fleets remotely, effectively, and safely.

Subscribe to our blog to get regular email updates on and supply chain and logistics insights.

Topics: Supply Chain
Food Safety Milestones Part 2: Food Preservation in the Industrial Age 2 Important Initiatives to Enable Multi-Unit Franchisee Success
Other Suggested Posts
New OSHA Heat Standards Require Indoor Temperature and Humidity Monitoring
While the nation transitions into months of cooler weather we only need to look back to the previous summer to acknowledge that our world continues to get much ...
Read More
The Post-Pandemic Market: Digital Transformation at the Tipping Point
The COVID-19 crisis has radically altered the largest global retail category, food and beverage, and the post-pandemic market may very well prove to be the ...
Read More
The Post-Pandemic Market: A Commitment to Sustainability
This post is the second in our series about how grocers are dealing with the legacy of COVID-19 in a post-pandemic market. In this post, we look at the issue ...
Read More
The Post-Pandemic Market: How Retail Grocery is Adapting
This post is the first in a series of three that look at how the grocery sector is dealing with the legacy of COVID-19 in a post-pandemic market. In this first ...
Read More
Protecting the COVID-19 Vaccine Supply Nationwide
As the U.S. enters the second year of the COVID-19 pandemic, the great news is that vaccination programs are now in Phase 2 in most states across the country. ...
Read More