October is American Pharmacists Month! In honor of all those who provide life-saving therapeutics to ensure the public health, we’re posting a 3-part series profiling heroes who made history with their enormous contributions to the pharmaceutical industry. In this post, we celebrate Felix Hoffman, the German chemist who famously synthesized aspirin, one of the most widely beneficial drugs ever produced.

Felix Hoffmann (21 January 1868 – 8 February 1946) was born in Germany. The son of a manufacturer, at a young age he was introduced to the science of chemical processes in his family’s factories, which led to his interest in pharmaceuticals. 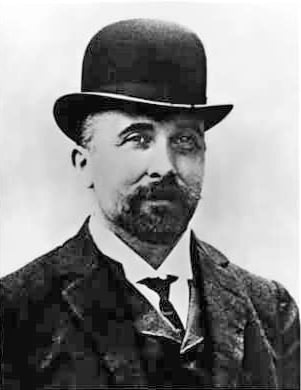 Hoffman set out to learn his trade by working in pharmacies throughout Germany. He found his work in the field so fascinating, he decided to earn a degree in chemistry at the University of Munich, where he earned his Ph.D. in 1893. Hoffmann’s proficiency in pharmacology was quickly observed by one of his professors, Adolf von Baeyer (who earned the Nobel Prize in Chemistry in 1905).

Baeyer recommended that Hoffmann joined the newly established pharmaceutical department at the Bayer Company as a research chemist. It was here that Hoffman performed his experiments that led to the global introduction of Bayer AspirinTM, one of the first blockbuster pharmaceutical products.

Since antiquity the health benefits of the willow tree had been well known. In ancient Greece, the famous physician Hippocrates discovered that chewing on willow bark would relieve pain and fever. Eventually, scientists discovered that the bark’s “magical” ingredient was salicylic acid, which chemists isolated in the early 19th century.

Although prescribed to treat arthritis, salicylic acid had unpleasant side effects, such as a horrible aftertaste. Most problematic, it irritated the stomach lining to the point that many patients were simply unable to tolerate it – including Hoffman’s father, who took salicylic acid to relieve the pain caused by rheumatism.

Motivated by his father’s illness and a desire to create new substances that could be used as medicines, rather than simply recreate the active ingredients from natural products, Hoffman set out to find a less acidic formulation. By combining salicylic acid with acetic acid (the active chemical in vinegar), he succeeded in creating acetylsalicylic acid (ASA) in a chemically pure and stable form in 1897. 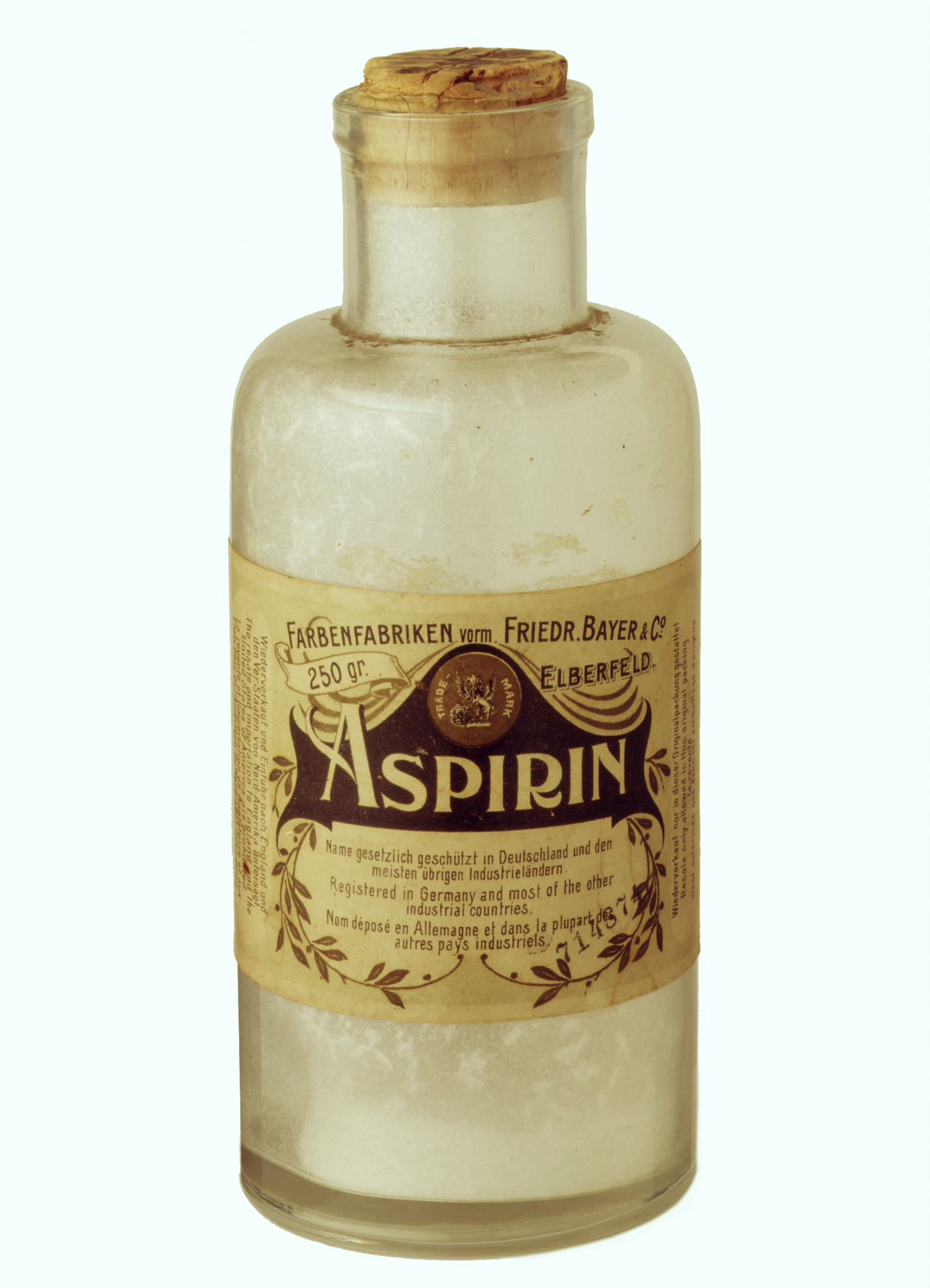 As soon as Hoffmann succeeded in synthesizing acetylsalicylic acid, Heinrich Dreser, the head of Bayer’s pharmaceutical laboratory, tested the substance for toxicity in animals and hospital patients – even on himself. Once these studies to investigate the substance's efficacy and tolerability had been completed, the consensus was universal: Hoffmann had discovered a pain-relieving, fever-lowering and anti-inflammatory pharmacological wonder without the side effect of an upset stomach.

The Bayer company quickly proceeded to develop a cost-effective production process to transform this promising active ingredient into a pharmaceutical product. First, of course, they needed a brand name for acetylsalicylic acid. Thus, the word “Aspirin” was born in 1899, a combination of “A” from acetyl and “spirin” from Spirea, the genus name for shrubs that are the source of salicylic acid.

Recognizing that it had a potential blockbuster, Bayer aggressively marketed Aspirin worldwide, initially as a powder supplied in glass bottles. Sales took off and made Bayer a household name around the world. 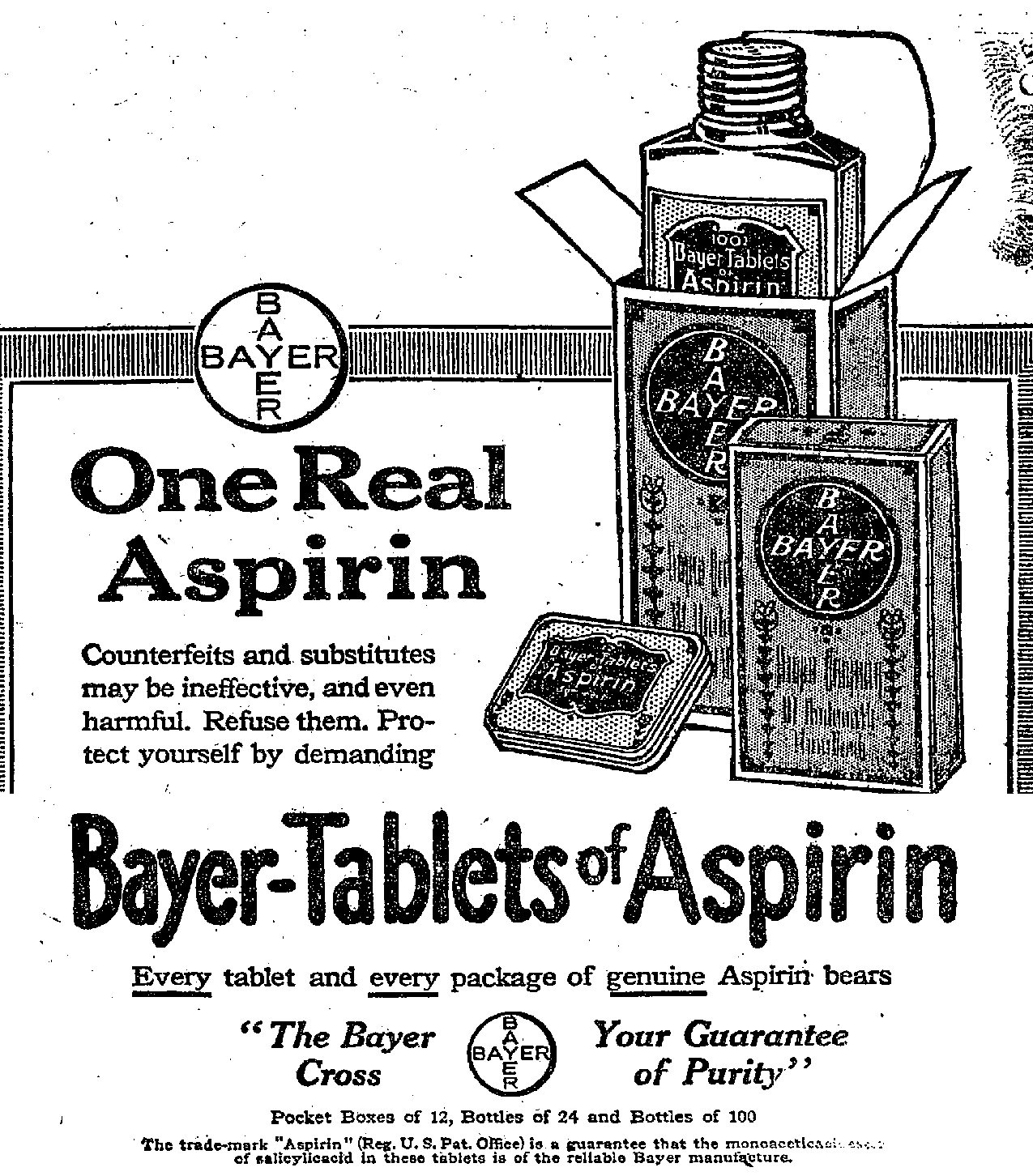 In the United States, Bayer was able to obtain a patent, giving the company a monopoly on the drug from 1900 to 1917. In 1919, Bayer’s American plants were sold to Sterling Products in West Virginia for $3 million. Unable to protect Aspirin’s trademark status, the compound soon became known generically as “aspirin” (lower case), today a staple of the over-the-counter market worldwide.

Based on the spectacular success of aspirin, Hoffmann was appointed head of the pharmaceutical marketing department at Bayer until his retirement in 1928. In 2002, he was inducted into the U.S, National Inventors Hall of Fame.

And it’s no wonder. More than 100 years after its invention, aspirin is still enormously popular. Today, more than 70 million pounds of aspirin are produced annually around the world, and Americans consume more than 15 billion tablets per year for medical purposes extending far beyond those envisaged by Hoffman himself.

More than a cure for pain relief and reducing fever, aspirin has been clinically proven to improve the symptoms of many serious conditions. For example, people at risk of heart attack or stroke are advised to take 81 mg of aspirin a day, as it reduces the chance of blood clots and clogged arteries. Some studies suggest aspirin may also reduce risks or complications due to cancer, Alzheimer's, infertility, herpes, and blindness.

All from a little pill.

Topics: Pharmacy Safety
On the Road Again: Transporting Horses Building, Planning, and Implementing an Efficient Cold Chain
Other Suggested Posts
Harnessing Automation to Mitigate the COVID-19 impact
COVID-19 has been devastating, and it appears to be far from over. As a pandemic, it’s likely one of the most adverse events of our lifetime. Around the globe, ...
Read More
Shipping Vaccines without a Cold Chain?
A challenge that has faced the immunizations market has been not only the availability of vaccines, but transporting them to middle and lower-income nations. ...
Read More
The Nation’s Pharmacies Answer the Call to Roll Out COVID-19 Testing
In the weeks following the first known cases of COVID-19 infection in the U.S., the federal government, including the Centers for Disease Control and ...
Read More
Carefully Moving the Cold Chain: Best Practices With Managing Refrigerated Cargo
Refrigerated and temperature-controlled cargo is becoming more popular as more commodities require specific climate conditions for transport. More and more ...
Read More
Monitoring Perishables and Medications During a Power Outage
California has experienced unusual weather throughout its 169 year history, but more recently the most populous U.S. state has seen widespread droughts and ...
Read More