The Many Faces of Geofencing

Geofencing is an emerging technology with many uses and much utility for a wealth of industries. When it comes to geofencing, some applications are interesting and stand out emblematically, showcasing the many uses it provides.

For example, cities are now using geofencing to control the use of mobile transportation devices such as scooters or bicycles that supplement pedestrian traffic. Cities are also limiting the type and number of micro-mobility devices such as e-scooters that move inside their boundaries. As riders test the limits, geofencing is used to remotely enforce speed as well as parking and allowable zones for these devices.

More specifically, in Santa Monica, California, geofences are used for their brigade of e-scooters within the city. An e-scooter user may go about their travels and have no idea there's a geofence boundary that they operate within. However, if they go outside the limit, they might be prompted to stop.

In another example, geofencing is utilized inside the U.K. by parents who share a car with their children. Parents can track their children’s whereabouts and the car they are driving by utilizing geofencing technology. Vehicle owners can set up a specific area on a map that they would like their children to stay within. If they stray outside of it, parents will get a smartphone notification via a pre-designed app.

Another notable application of geofencing is in disaster settings where knowledge of a location is not only critical to operational control but can save lives and provide immediate relief. In wildfire scenarios, as was seen on the Western Coast of the United States most recently, real-time geofencing allowed operators to be aware of wildfire incidents and keep first responders and firefighters away from such areas if they were in danger.

In such situations, a growing problem is that unmanned aircraft systems can intrude on the wildfire firefighting efforts. The Department of the Interior and their industry partners have activated a warning system to provide real-time alerts and geofencing alarms to disallow drone pilots from interfering with firefighting operations. 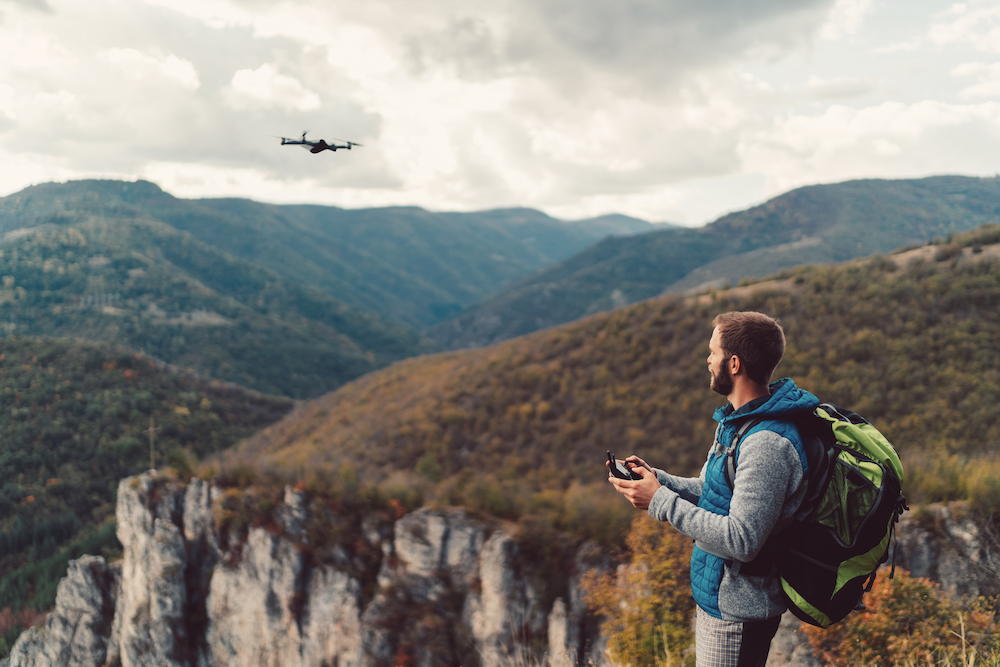 Unbeknownst to many, privately flown drones pose some serious risks to firefighting aircraft. Helicopters and planes operated by contractors as well as the U.S. Forest Service often fly “low and slow” in smoke-obstructed areas. Pilots are preoccupied with positioning their aircraft to release water or other fire retardants. Drones pose a great safety risk as they enter airspaces near them and force those who are managing the emergency operation to delay or even curtail aerial operations.

A geofence can be a valuable asset in such cases. According to the Department of the Interior, there are more than 30,000 wildfires that have burned more than 2.7 million acres within the United States just this past year. More than 15 drone intrusions affected aerial firefighting in California, Arizona, Utah, Nevada, Alaska, Minnesota, and Montana. In some instances, the aircraft actually had to be grounded because of the drone intrusion. In one incident in Utah, aerial operations had to be stopped five times because of the drones. However, this situation has improved since the use of geofencing, which wasn't quite engaged then. From 2014 to 2015, drone intrusions over wildfire incidents had doubled when 21 drones were spotted, and aircraft were grounded some six times.

All these examples demonstrate the value that geofencing can provide in everyday situations such as teenagers using their parents' cars, or in emergency situations where firefighters must combat dangerous wildfires without the interference of unregulated or prohibited drones. Our daily lives, how we shop, where we live, how we live, and how we ensure safety within our communities are situations where geofencing can enhance and improve an environment with more visibility and control.

Topics: Supply Chain
The Ultimate Guide to Food Recall Classes A Look Inside the Multi-Format Convenience Store
Other Suggested Posts
Is Your Fleet Food Safe?
Your fleet must be fully compliant with the FDA's Food Safety Modernization Act (FSMA) regulations in order to maintain good standing. This requires recurring ...
Read More
Supermarkets Moving Toward Zero Food Waste
Food retailers are gatekeepers to the U.S. food system. They influence what products travel from farms to shelves, and help determine consumer shopping trends. ...
Read More
Geofencing: The New Strategic Perimeter
Geofencing isn't exactly new, but it is an important technological concept that's being utilized not only in the transportation sector, but in many other ...
Read More
On the Road Again: Delivering Christmas Trees
The tree at Rockefeller Center in the heart of the holiday hullabaloo, smack dab in the middle of New York City, is iconic, surrounded by skaters, chocolate ...
Read More