Stay off the Front Page: How Restaurants Can Avoid Food Safety PR Disasters

Foodborne illness outbreaks are a publicity nightmare, plain and simple. In the era of social media, consumers are using Facebook, Twitter, Yelp, and other forums to voice their every complaint. You can pretty much bet that the news of a single case of food poisoning will spread to hundreds or thousands of people in a mere matter of minutes.

Making the headlines can damage a successful restaurant’s reputation and negatively impact customer loyalty – even if posted reports are false rumors. In a 2016 survey of 500 consumers:

Obviously, a food safety crisis that reaches the front page can be catastrophe for a restaurant chain, leading to adverse media publicity, nasty online reviews, reduced sales and profits, increased scrutiny by the health department, temporary restaurant closures, and lawsuits.

Let’s start with a few reminders of restaurant chains that reacted too late to a food safety crisis before they could prevent massive profit loss.

In 1993, public perception of foodborne illness changed forever from an occasional nuisance to a fatal threat when four children died from eating ground beef contaminated with E. coli at Jack in the Box. Outside of the loss of life, the restaurant chain lost tens of millions of dollars in profit. Not to mention that its reputation took several years to recover.

The biggest mistake corporate executives made was to distance the chain from the contaminated beef causing the outbreak, implying that suppliers were at fault. That’s a PR “no no.” In fact, just a few days later, management had to backtrack and admit that the restaurant itself was the source of E. coli. Although the chain pledged to “do everything that is morally right for those individuals who had experienced illness,” the stats reveal that this reaction was too little too late:

Mexican restaurant chain Chi-Chi’s was crushed by the largest outbreak of Hepatitis A in U.S. restaurant history. It didn’t help matters that the chain had recently filed for bankruptcy. The culprit of the outbreak was green onions used in the restaurant’s salsa recipe. Even though the suppliers were at fault, Chili’s lacked enough liability insurance to meet all of the claims of two lawsuits.

The stats tell the whole story:

Between July 2015 and April 2016, Chipotle had six food safety scares across the country from Seattle to Boston that included cases of norovirus, E. coli, and salmonella. The chain seemed cursed.

Unfortunately, CEO Steve Ells’ initial response took far too long to announce the steps he was taking to correct this mess. During an appearance on the Today show, he claimed that Chipotle would become the “safest place to eat” – which did not go over well with consumers eager to find out why his company was dealing with these seemingly endless problems in the first place.

Soon after the food safety scandals, in late March 2016, Chipotle issued a trademark application for “Better Burger.” Many well-known consumer advocates published editorials accusing Ells of using this announcement to distract the public away from the negative attention his chain was earning because of foodborne illness.

But it didn’t end there. Ells subsequently released its “A Love Story” video in July 2016, which – at least on the surface – seemed like a harmless tale about young lovers. Advocates, however, pointed out the video was a veiled attack. Rather than take responsibility for its actions and make efforts to correct its food safety blunders, Chipotle turned its competitors into the villain. Finally, after months of false starts, Ells did turn things around, but not until his company lost more than a whopping $11 billion in market capitalization.

Not If, but When

Chipotle’s story is perhaps the most alarming. Not only did one outbreak occur after the next, but Ells is known for his “Food with Integrity” philosophy, which made the incidents that much harder to stomach. Chipotle was perhaps the last fast casual chain the public imagined would undergo such a long-term PR disaster.

The moral of Chipotle’s story: “not if, but when.” That is, the best approach to food safety at any restaurant is to EXPECT a foodborne illness outbreak – and prepare for it NOW before it makes the front page and the damage is done.

Just think about how the following incidents could easily compromise food safety in your organization: 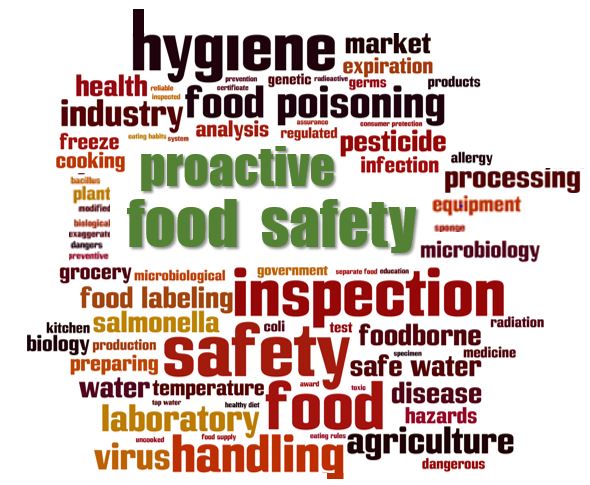 There are many key reasons to act now: the restaurant industry is currently dealing with trends that can precipitate food safety problems:

Take Command of Your Online Reputation

Online communities are changing the way restaurants should be researching and communicating with their customer base. Food safety issues or not, it’s important to know what’s being said about your food and employees in real time. Being unaware of social media chatter is risky business.

If you don’t have a social media strategy, get one. Restaurants in particular should be engaging with customers, who are notoriously fickle and critical when it comes to food service. At the very least, your corporate website should lay out your approach and commitment to food safety, so that returning and new customers trust you as a credible brand. Finally, since “not if, but when” should be your ruling mantra, by all means put a crisis management plan in place now, rather than scramble after a PR disaster occurs.

Even better, to prevent a crisis in the first place, develop and implement a food safety management system (FSMS) that proactively thwarts pathogen contamination and avoids foodborne illness outbreaks and all of their many costs.

Topics: Food Safety FSMA
4 Practical Ideas for Better Fleet Management How an FSMS Ensures Compliance with Food Safety Laws
Other Suggested Posts
Post-COVID-19 Food Safety Will Introduce a 'New Era' of Digital Tools
In a previous post, we discussed the importance of each stage of the supply chain doing its part in minimizing food safety risk. The federal government created ...
Read More
The Art of How: CX Makes the Difference When Choosing an IoT Partner
Signing a contract with an IoT company that monitors critical environments is a big moment for any enterprise. After all, they’re staking their brand ...
Read More
Information vs. Intuition: Start today to build a ‘Data-Driven’ team
You may have seen the term “data-driven” popping up more frequently in the business trade headlines and wondered if it’s just another jargon buzz word. Is the ...
Read More
Harnessing Automation to Mitigate the COVID-19 impact
COVID-19 has been devastating, and it appears to be far from over. As a pandemic, it’s likely one of the most adverse events of our lifetime. Around the globe, ...
Read More
What Is Time/Temperature Control for Safety (TCS)?
The traditional definition of “perishable foods” has been revised over the years to reflect scientific and technological developments. “Perishable foods” ...
Read More