The True Costs of Food Recalls

In part 1 of our series on food recalls, we reviewed the overall recall process and how food companies work with federal agencies to manage contaminated foods in the supply chain and protect the public health. In this post, we now turn to the health of the food companies themselves in the aftermath of a recall. Regardless of whether a recall associated with foodborne illness is purely accidental, many manufacturers, suppliers, distributors, and retailers take a serious hit to their profits and reputations.

Although many recalls carry no penalties from government agencies, they can, nevertheless, be extremely costly. In fact, companies lose an average of $10 million per recall in direct costs alone. On top of that, brands can suffer serious, irreversible reputation damage that comes with its own costs.

Just how costly can a food recall be? Consider three notorious outbreaks that are milestones in the history of food safety.

The story of Westland-Hallmark is a cautionary tale about how food recalls can completely destroy a major business enterprise. At the height of their success as a beef processor, Westland/Hallmark was the federal contractor to the National School Lunch program. However, in 2008, the company surrendered 143 million pounds of beef unfit for human consumption after the USDA discovered the company had been slaughtering sick cows. At the time, the recall was the largest in U.S. history, and its costs—both the process and ensuing litigation—bankrupted the company. The principal owners and investors agreed to forfeit virtually all their remaining assets for a total settlement of more than $3 million.

Even more infamous is the tragic tale of the Peanut Corporation of America scandal of 2009. After company executives knowingly shipped salmonella-tainted peanut butter used in dozens of branded products, a foodborne illness outbreak caused 9 deaths and more than 700 illnesses. An investigation and criminal trial resulted in jail time for the company's CEO, Stewart Parnell, who at age 61 received 28 years, virtually a life sentence. Michael Parnell, Stewart's brother and a food broker, received 20 years for his role in the outbreak, and Mary Wilkerson, a quality control manager, received 5 years. These punishments marked the first time that individuals responsible for foodborne illness were incarcerated for their crimes. Just as unfortunate, the recall of two years' worth of peanut butter produced by the company cost the food industry an estimated one billion dollars, demonstrating how recall costs can accrue even for those companies not liable for any damages. 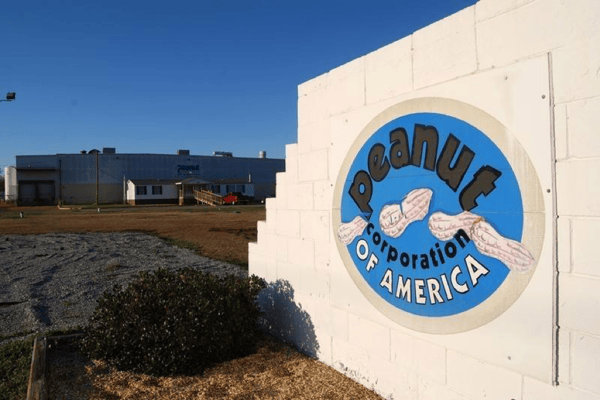 Widespread industry loss can also occur for food recalls that elude investigation altogether. For example, in 2006, more than 200 consumers in 26 states fell ill and 5 died after eating contaminated spinach. After a weeklong investigation, the FDA failed to locate the source of contamination. Estimates of financial loss ranged as high as $75 million. The lesson learned? In an undifferentiated market such as leafy greens, one individual firm’s investment in food safety, preventative controls, and traceability can be meaningless when acting among less responsible companies that lack an effective food management system (FSMS). Unfortunately, good and bad companies both suffer the same negative outcome.

The Financial Costs of a Food Recall

According to a 2011 report by the Grocery Manufacturers Association, more than 80% of its survey respondents claimed that the financial risk from recalls was significant to catastrophic. Let’s break down what those financial costs entail.

Direct costs are expenses required by the recall process itself, prior to any lost sales, increased insurance premiums, litigation, or public relations work to recover brand reputation. Direct costs include:

While direct costs can subtract millions of dollars from a company’s bottom line, sadly, they may be minor compared to the following indirect costs.

Lost sales based on halted production is only the beginning. Often, major retailers will pull not just contaminated products from store shelves, but a manufacturer’s entire line. And that’s just a short-term effect. A good percentage of those retailers may be reluctant to continue the same volume of business with the manufacturer, and thus reduce their shelf space over the long term.

Worse, a loss in consumer trust can yield an enduring sales depression. In response to a recall, customers may change their consumption and purchasing behaviors to avoid the product for months, or even years, after the recall has ended. A survey of U.S. grocery suppliers validates this consumer pattern. It found that in the year following the large spinach and peanut butter recalls, almost three-quarters of consumers stopped purchasing those products out of safety concerns, dropping to one-quarter in the second year.

An increase in the number and severity of food recalls now mandates that manufacturers purchase recall insurance that typically offers only partial losses at a premium cost. One recall alone can drastically increase the annual premium, or contractually reduce what is covered in the plan. If the loss is severe, the plan can also be cancelled.

If a food company is sued because of an unsafe product, court costs, legal fees, and settlements are to be expected. In the worst-case scenario, companies may have to pay damages directly to customer claimants. True, prosecutions are uncommon, but the public still interprets the recall as a failure to protect them—as negligence if not outright malicious intent. In short, in the court of public opinion, your brand’s reputation is guilty until proven innocent.

Losing public trust during a recall comes with its own hefty price tag. Your brand reputation is a primary asset, and a recall will cause alarmed customers to lose faith in the integrity of your products. Publicity in the form of aggressive media coverage is certain and generates expenses ranging from public relations management to a loss of customer loyalty. According to a Harris Interactive poll, consumers claimed that 55% would switch brands temporarily following a recall, 15% would never purchase the recalled product again, and 21% would avoid purchasing any product or brand made by the manufacturer of the recalled product. In short, if your brand reputation deteriorates because of consumer mistrust, you’re risking business failure.

The Cost of Compliance Penalties

As you well know, there’s been a vast shift in regulations since the passage of strict FSMA laws placing emphasis on proactive approaches to food safety. If a company undergoes a federal investigation revealing noncompliance with government-mandated prevention efforts, depending on the nature of the violation, the FDA or USDA may take any of the following actions outside of a recall:

Compliance costs in these cases stem from the need to adjust internal processes to comply with legal requirements for monitoring, testing, and documentation. Therefore, simply having a plan to take corrective action during a recall is not enough. Food companies must also have a strong preventive system in place to identify and contain pathogens in the production environment before they affect the product and leave the facility.

The bottom line is that you have to do what’s necessary to protect the health of both your customers and your brand. And that means implementing and maintaining an effective food safety management system (FSMS). Stay tuned for Part 3 in our series on the best practices for responding to a recall, and even better, how to prevent them before they occur.

Topics: Food Safety
Understanding Robotics Process Automation Largest Wholesale Grocery Supplier Recalls Meat and Poultry Products
Other Suggested Posts
Harnessing Automation to Mitigate the COVID-19 impact
COVID-19 has been devastating, and it appears to be far from over. As a pandemic, it’s likely one of the most adverse events of our lifetime. Around the globe, ...
Read More
What Is Time/Temperature Control for Safety (TCS)?
The traditional definition of “perishable foods” has been revised over the years to reflect scientific and technological developments. “Perishable foods” ...
Read More
Emerging Technologies That Reduce Food Waste
In an analysis of the contributors to food waste, Rethinking Food Through Economic Data (ReFED) recently identified opportunities for digital innovations to ...
Read More
Partnerships Can Help The Grocery Sector Reduce Food Waste
Fighting food waste can present a major market opportunity for the grocery sector, not to mention crucial benefits for all sectors of society. One way grocers ...
Read More
10 points to help limit the spread of COVID-19 in food service
COVID-19 is serious. Given the prevailing posture of caution in many industries, it's important to spotlight more focus on the food service industry and any ...
Read More