Robotic Process Automation (RPA) uses software and artificial intelligence to automate rules-based, repetitive tasks and processes. Instead of an accountant manually reconciling two or more sets of data and investing time to understand the differences, RPA can automate the reconciliation tasks. This frees up time for workers to invest their time, intellect, and duties elsewhere.

Industries such as banking, financial services, human resources, and transportation have invested in RPA and are using it to their benefit. We can expect it to be more widely applied in logistics and the many operations that surround logistical processes. RPA is, overall, in its early adoption stages. But for many industries, it has not been adopted at all. This will change for the logistics industry as we come to know and understand RPA.

One familiar function that is driven by RPA involves bots. Also known as web robots, they are software applications that run automated tasks over the Internet. We see them when we make hotel reservations, have inquiries about bank accounts, and countless other tasks. 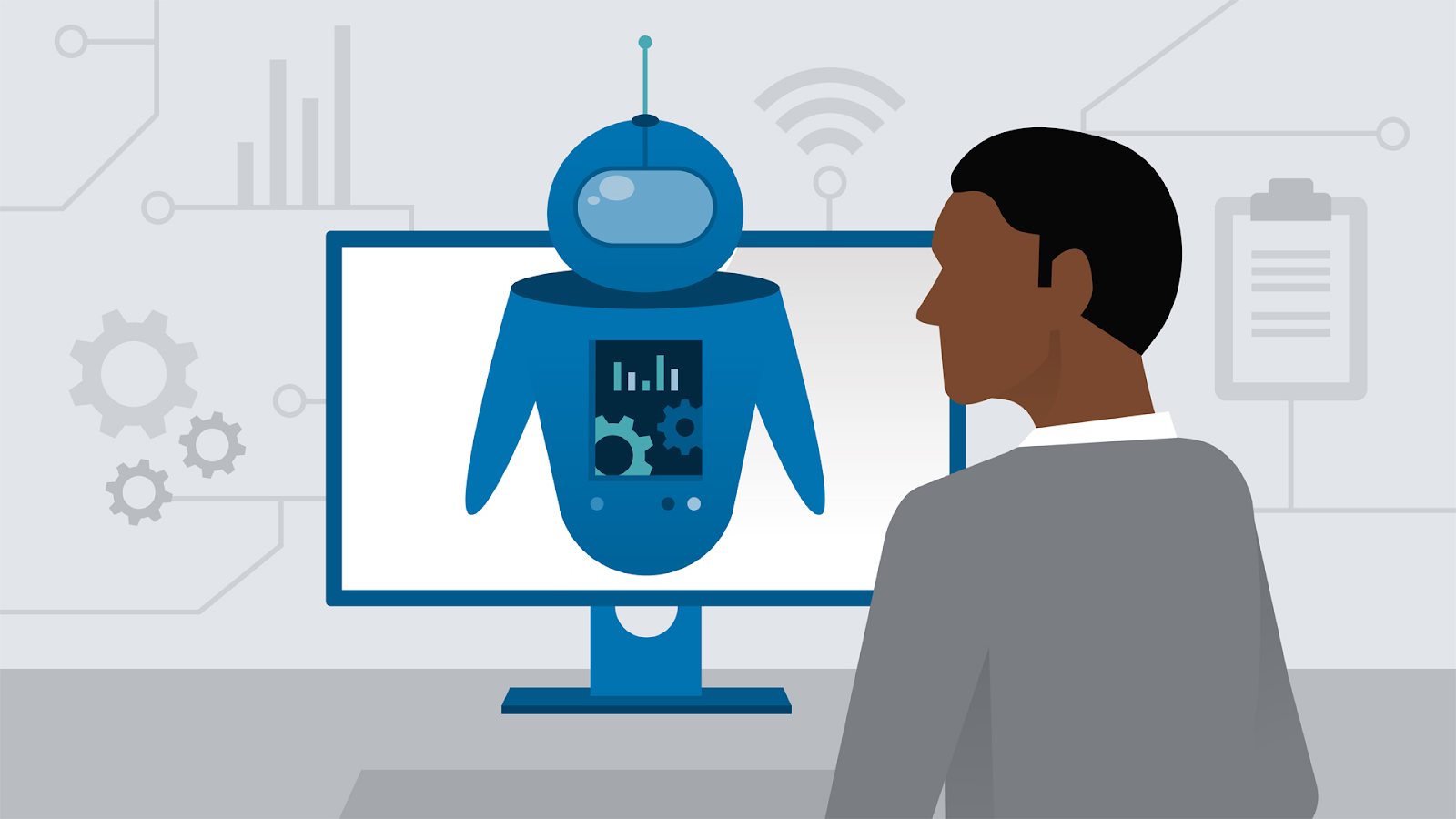 Bots replicate human interactions and mimic common tasks such as queries, cutting and pasting data, merging, and in some cases, interfacing with users. Bots can employ rule-based automation without issues that could be adversely affected by the underlying IT infrastructure. They never become distracted or tire of doing repetitive work, so previously untamable volumes of processes can now be performed. What’s more, they can be programmed accurately, so they never really make mistakes. Consequently, bots have greater reliability than work performed by human employees.

Companies have been using RPA technology for several years and have reported significant time and cost savings. The technology and its applications are still relatively new, but it’s gaining in popularity in many private and public sectors.

In a 2016 article, "The Next Acronym You Need to Know About: RPA," Xavier Lhuer of McKinsey described it this way:

"RPA takes the robot out of the human. The average knowledge worker employed on a back-office process has a lot of repetitive, routine tasks that are dreary and uninteresting. RPA is a type of software that mimics the activity of a human being in carrying out a task within a process. It can do repetitive stuff more quickly, accurately, and tirelessly than humans, freeing them to do other tasks requiring human strengths such as emotional intelligence, reasoning, judgment, and interaction with the customer.”

There's tremendous cost and time savings associated with freeing up humans to do other tasks, not to mention a more efficient operation overall. In order to understand this, it's important to get a grip on how many interactions of tasks that combine with different processes and operations occur in the supply chain, for example.

Consultant A.T. Kearney helps illustrate the application of RPA by describing the magnitude of the operations it serves. They state:

"On average, a software robot costs one-third as much as an offshore employee and one-fifth as much as onshore staff. Several prominent service industry firms have seen cost reduction and process improvement from the use of robots. Barclays Bank attributes savings worth the equivalent of roughly 120 full-time employees and an annual reduction in bad debt provisions of $250 million. Telefónica O2, which uses more than 160 robots to automate 15 core processes and nearly 500,000 transactions per month, says that its return on investment in robotic process automation has exceeded 650 percent.”

With any discussion of modern automation, and any mention of the word robotics, most people will feel some concern that is sometimes referred to as "automation anxiety." It's critical to embrace the merits of RPA and see it as a useful tool for industry rather than technology that's going to put people out of work. In fact, it will likely increase jobs.

"This is a revolution—the AI revolution," explains Oded Karev, vice president and head of advanced process automation for NICE, a company that develops software for automation, including RPA.

"Let's go back to the previous revolution as an example. All the tailors’ and weavers’ guilds came in and said, 'Thousands of jobs are going to be lost now that machines are going to manufacture fabrics and clothes.' No one forecasted the closing retail industry. Imagine how many people work today selling clothes, the shopping malls, the logistics to ship the clothes back and forth, and so on. Millions of jobs would not exist without a machine creating a mass market. Not everything is forecastable. We just know that we need to embrace innovation and technology. It makes everyone better off."

Topics: Supply Chain
How CDC Vaccine Programs Protect America's Health The True Costs of Food Recalls
Other Suggested Posts
New OSHA Heat Standards Require Indoor Temperature and Humidity Monitoring
While the nation transitions into months of cooler weather we only need to look back to the previous summer to acknowledge that our world continues to get much ...
Read More
The Post-Pandemic Market: Digital Transformation at the Tipping Point
The COVID-19 crisis has radically altered the largest global retail category, food and beverage, and the post-pandemic market may very well prove to be the ...
Read More
The Post-Pandemic Market: A Commitment to Sustainability
This post is the second in our series about how grocers are dealing with the legacy of COVID-19 in a post-pandemic market. In this post, we look at the issue ...
Read More
The Post-Pandemic Market: How Retail Grocery is Adapting
This post is the first in a series of three that look at how the grocery sector is dealing with the legacy of COVID-19 in a post-pandemic market. In this first ...
Read More
Protecting the COVID-19 Vaccine Supply Nationwide
As the U.S. enters the second year of the COVID-19 pandemic, the great news is that vaccination programs are now in Phase 2 in most states across the country. ...
Read More